Habitat’s COO Started as an Intern and Never Left  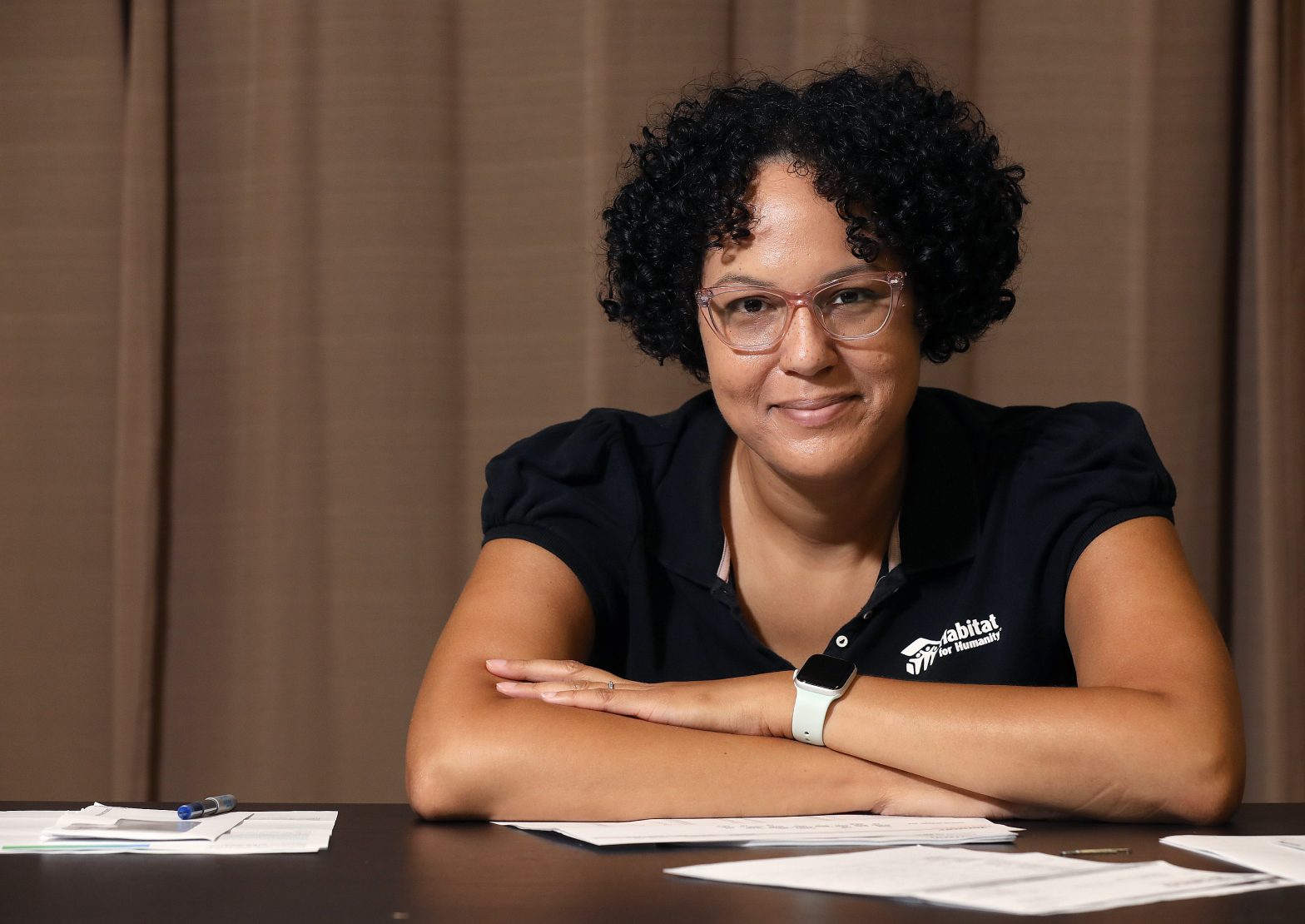 As an undergraduate at Christopher Newport University, LaToya Tyler browsed a list of nonprofit internship opportunities and selected one. It just happened to be Habitat for Humanity Peninsula and Greater Williamsburg.

Today Tyler is the Chief Operating Officer for the local affiliate.

As tempting as it might be for her to embellish the story, she admits she didn’t know much about Habitat’s mission back when she was a student. But it didn’t take long for Tyler to connect with the idea of individuals and families investing in themselves to become first-time homeowners.

Building homes, communities and hope is more than a job to her. Like Habitat, it’s her mission.

“It’s my life,” Tyler says. “Let’s just say things have a way of working out.”

Tyler grew up a tomboy, spending many summers in rural Charles City County. When she wasn’t roughhousing with cousins, climbing trees or fishing, she was riding her bike or bowling. As she grew up, Tyler spent some summers helping her grandmother run one of the country stores in town.

An affinity for math led her to pursue that major in college, “but trigonometry was not my friend,” she says. That led to a switch to study English with a concentration in technical writing.

Her internship at Habitat started during her junior year, and it didn’t take long for her to make an impression on the nonprofit’s leadership. Tyler was hired part time a month into her internship and had a full-time job waiting upon graduation. Online marketing was in its infancy then, so her first substantial task was redesigning the formerly static website and updating marketing materials.

“She could do it all,” says Janet V. Green, CEO of Habitat for Humanity Peninsula and Greater Williamsburg. Green admired Tyler’s writing prowess and her ability to understand, internalize and follow the guidelines set by the prospective grants. Each of the grants had specific, strict requirements and deadlines.

“She makes sure we live up to the letter and the spirit of these guidelines,” Green says.

From the beginning, the two women meshed. Green’s outgoing personality and comfort with public speaking contrasted with Tyler’s shyness and preference to be behind the scenes. The two female executives transformed the affiliate into the $5 million organization it is today, and both are tireless advocates for affordable housing.

In 2010, Tyler was honored by Inside Business’ Top 40 Under 40, which recognizes successful young professionals who are also involved in the community. Tyler has volunteered for the YWCA Virginia Peninsula and served on its Board. She also helped with a local soup kitchen ministry for several years and volunteered on the Habitat for Humanity state support organization’s Board.

Nearly 20 years into the job, she embraces a mission that plays out in front of her eyes at every new home dedication ceremony. “You can visually see the impact you’re having,” Tyler says. “With a lot of nonprofits, you donate and hope the money goes somewhere. You don’t necessarily get to see the impact. With Habitat, you see the house from the ground up, and you get to see the family moving into it. I like seeing where the money is going and knowing the difference we make.”

Habitat for Humanity Peninsula and Greater Williamsburg constructs approximately 10 homes per year locally. Homebuyers are vetted through a rigorous application process, and in addition to volunteer “sweat equity” hours, they must agree to pay their no-interest equivalent mortgage on time so that money can be cycled back into the community for more affordable housing.

Tyler bought her first house in 2010, but she knows not everyone is as fortunate.

“Knowing that we’re helping people of color is important to me, too,” she says. “Habitat is one of the few international organizations committed to advancing Black homeowership, and that speaks volumes to me as a Black person.”

Increasing opportunities for affordable housing remains at the top of her wish list. Habitat completed the first-ever 3D printed home in the nation last year in Williamsburg. Modular housing and building smaller homes are options the nonprofit is exploring.

“We will continue to look for creative, innovative ways for people to become first-time homeowners,” Tyler says.

Tyler and her husband, Dwayne, share a home with their son, Dominic. They vacation regularly at Massanutten and spend time with extended family. Most remain in Charles City County, which also happens to be the newest site where Habitat homes will soon be under construction.