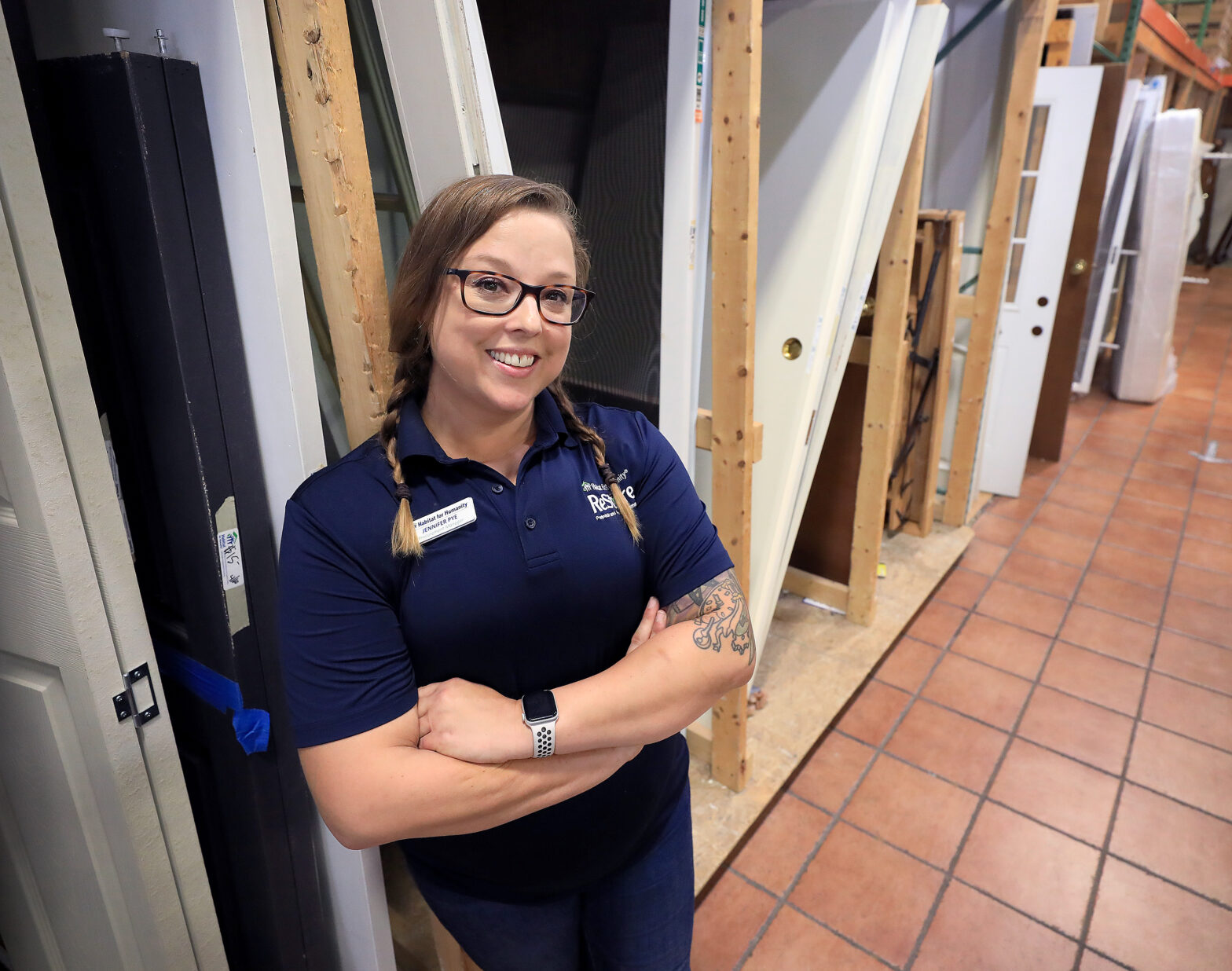 Jennifer Pye knows what happens when you throw stuff away.

Overfilled landfills create water and air pollution. Plastics can take more than 100 years to break down. The environment suffers.

“I don’t like putting anything in the trashcan,” Pye said. “We have a responsibility to take care of the planet, and it starts right here in our community.”

In high school, Pye signed up for every litter pickup, but that was just the beginning. As Procurement Manager for the Habitat Restores in Williamsburg and Newport News operated by Habitat for Humanity Peninsula and Greater Williamsburg, she prioritizes keeping waste out of landfills in favor of selling what’s gently used and recycling what can’t be sold. Proceeds from the ReStores go directly to building more Habitat homes in the local community.

In fact, Pye is so much a champion of recycling that she is a newly named Commissioner for the James City Clean County Commission.

The volunteer-led Clean County Commission appointed by the Board of Supervisors promotes recycling, litter control, environmental education and beautification projects. Pye represents the Powhatan District, where she is a resident.

Pye had already worked with the commission in her role at the ReStore, which diverts tons from landfills annually and accepts hard-to-dispose-of items such as heavy furniture. She is continually scouting businesses looking to partner with the ReStore to donate what they don’t need instead of throwing recyclable items away.

“There are so many items that people throw away because they don’t know they can donate it,” she said. Examples she cites include used appliances, tools, excess building supplies, such as tile that’s still in the box — all resalable at the ReStore. The ReStore offers free pickup that can be scheduled online. Both ReStores (located in Newport News and Williamsburg) are also open for donation drop-off at the stores.

“Even if the glass is cracked, it can be recycled,” she said. “We receive a great deal of glass jugs, jars and bottles at the ReStore. It’s great to know that we can now recycle these pieces and ensure they are given new life.”

The ReStore also partners with the commission for its annual Repair Fair & Recycling Expo, held this year at Warhill High School on Nov. 19. Items that range from a broken vacuum to a missing jewelry clasp can be mended on that day (advance registration required). The outdoor drive-thru recycling event will also collect tires, glass, soft plastic and compost. Donations of furniture, household goods, building material, clothing and shoes will also be accepted.

Pye has long been an advocate of giving back to her own community, one of the primary reasons she loves what she does at the ReStores. She never imagined herself serving on a commission yet is happy for the appointment. “I never thought I would hold an official position,” she said. “The more I got involved and learned about ways you can find a way to put in your two cents as a taxpayer or make a commitment of a few hours of month at minimum and make a difference — that’s really special to me. To be able to say I’m the Powhatan District Commissioner for the Clean County Commission is a really good feeling.”