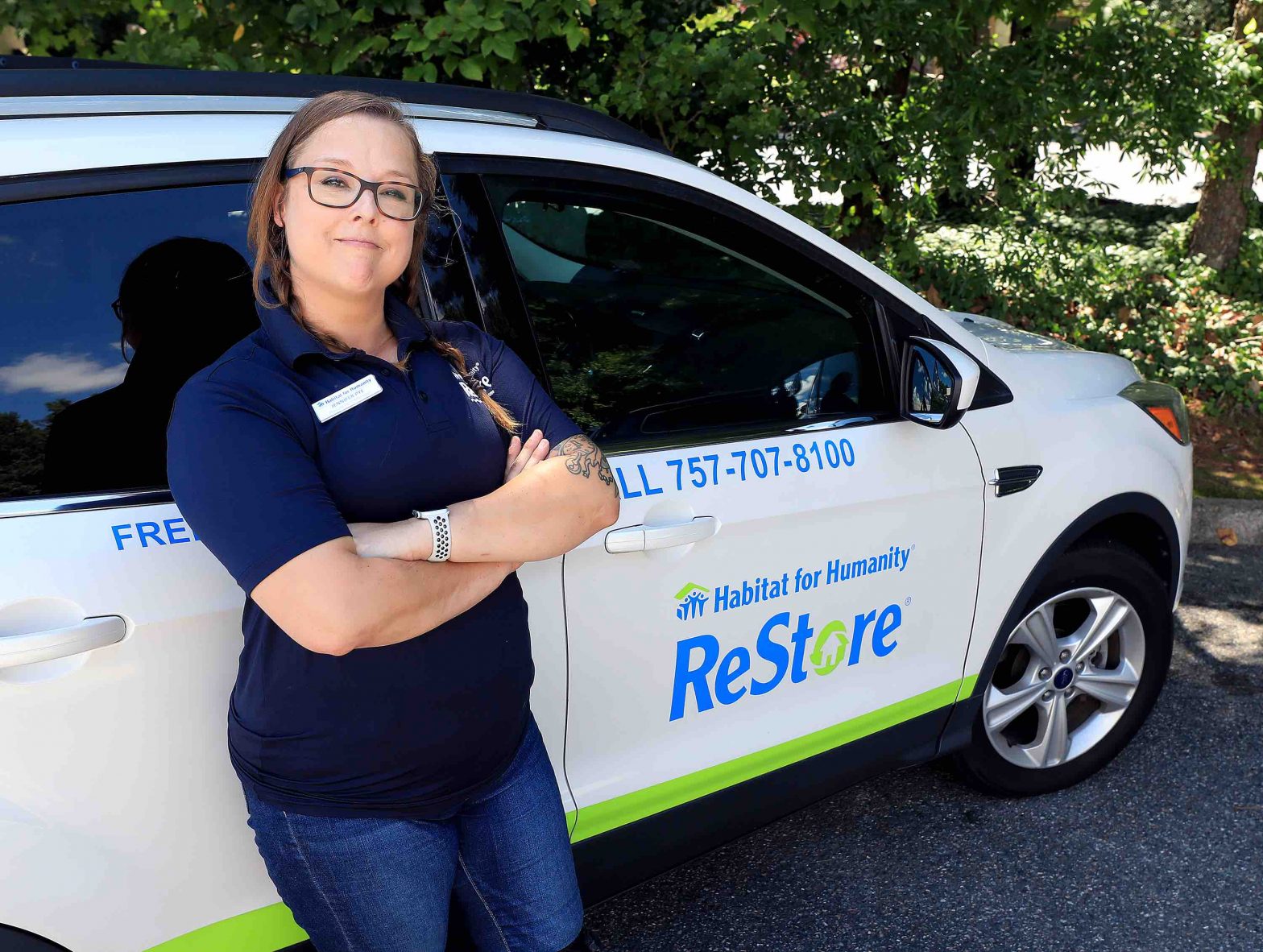 As successful as Jennifer Pye was in corporate America, making big bucks became less of a priority over time.

The Williamsburg resident was more resolved to make a difference in her hometown. That’s why she applied to Habitat for Humanity Peninsula and Greater Williamsburg, where she initially worked in the ReStore call center before becoming the Procurement Manager in mid-July.

Pye logs miles on behalf of the Habitat ReStore locations in Williamsburg and Newport News. While much of the ever-changing inventory there — everything from appliances to furniture to home goods to construction materials — comes from individual donations, businesses are behind many of the donations.

Pye collaborates with business partners from Providence Forge in New Kent County to Hampton, all while looking to add more to that growing list.

“My goal is to develop partnerships that are mutually beneficial,” Pye said. “If a business has leftover material from a build, we are happy to take it off their hands. Or, for example, if a resort is renovating their rooms and has 50 tables to donate, we would pick them up and sell them. Instead of perfectly good materials ending up in the trash, we bring them to a Habitat ReStore. And, we offer FREE PICK UP if items are too big to drop off.”

Proceeds from sales are put back toward the Habitat mission of partnering with local families to build, rehabilitate and repair safe and affordable housing,

That feels right to Pye, a Bruton High graduate who holds a Bachelor of Science in Interdisciplinary Studies from Old Dominion University. She used to work in corporate sales for a major pizza restaurant chain that regularly worked with nonprofits for donations and fundraising efforts in all 50 states.

“When I left my job, I wanted to make sure that my next job would be giving back to my community,” Pye said. “When the job popped up for Habitat for Humanity, I was floored. This is everything I want and more.”

Pye kept her roots in Williamsburg because she is so impressed by its residents invested in making it such a nice place to live. A military brat, she is from a family that values service. Her grandmother and mother raised her and waited tables for decades; in fact her grandmother was still a waitress in her late 80s. Pye grew up with an awareness that if your neighbor needed help, you offered it.

“It was always incredibly important that if you were OK or even if you were just a little bit OK, you looked out for someone who was not OK,” she said. “We were like that with our neighbors, our families, our work.”

Pye has since lost her grandmother and is now helping her mother navigate the daunting homebuying process for the first time. That’s another reason she is drawn to the Habitat mission.

“They don’t just hand out houses,” Pye said. “They create affordable housing for people who are going to work for it and understand the importance of what such an investment is. That’s so big to me. I’m watching my mother who is not buying a Habitat house go through this. She doesn’t understand how to buy a house. How many people out there are like that? They need to know you don’t need to rent an apartment. You can work toward owning a home. The fact that Habitat stuck that flag in the idea that you can own your home, work toward a better life, invest in your future and ‘We’re going to help you do it,’ is huge.”

So is the recycling angle. Habitat ReStores divert tons from landfills each year, accepting hard-to-dispose-of items, including heavy furniture.

“Part of our mission is putting things back in the community that can be reused,” Pye said. “It’s so cool when someone will donate an item back to us that they bought from us. Maybe they needed a desk for four years during college and now they no longer need it, so they donate it back to us. I love that it doesn’t end up in a dumpster.”

When Pye changed career paths, she explained her new direction to her 15-year-old son, Tyler.

“He wants to volunteer now for a Habitat house build, and that has me over the moon,” she said. “That’s one for Mom.”