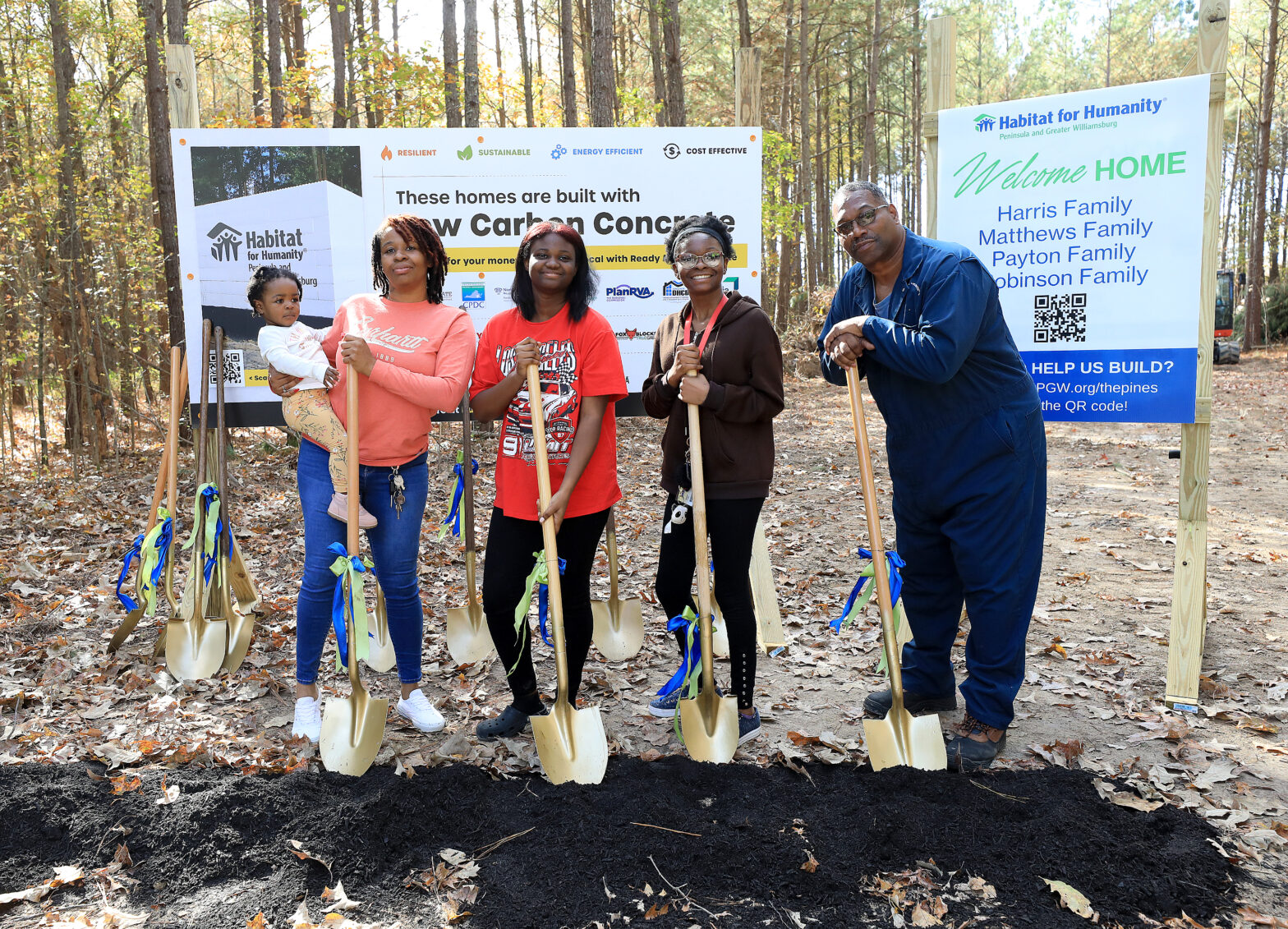 That’s when her family will have a real tree to decorate, and she and her four children will be able to string lights up outside just as Tanika remembers doing as a youngster at her grandmother’s house.

Their tree. Their yard. Their house.

Tanika along with her son and three daughters have never lived together under one roof. They will be in their own home for the holidays in 2023 after what’s anticipated to be a late summer move-in date to a three-bedroom, two-bathroom Habitat house.

Tanika will become a first-time homeowner under the Habitat for Humanity Homebuyer Program. Habitat for Humanity Peninsula and Greater Williamsburg broke ground on four Habitat houses in Charles City on Nov. 5, 2022, the first time the local nonprofit has built homes in that area.

“I am just so thankful,” said Tanika, a pipefitter who works in administration at Newport News Shipyard. “This is going to put my family and me in a better place.”

Tanika resides at her mother’s house with her youngest daughter who is 1, but there isn’t enough space for the older children, who live nearby with her aunt.

“We’re never able to be in one household,” Tanika said.

The single mother has never received any child support and has been unable to secure public housing. She’s a tireless worker, regularly picking up extra shifts at the shipyard, including clocking 12-hour days on many holidays, including last Thanksgiving.

A young coworker encouraged her to apply to the Habitat Homebuyer Program. Qualified families approved for Habitat houses pay back a 20- to 30-year zero-interest mortgage; those funds are cycled back into the community so more Habitat homes can be built.

“I really didn’t know too much about the program when I applied,” Tanika said. “I thought I made too much. We’re in the middle. Not too many organizations help people in the middle. I never thought I’d be selected.”

Staff from Habitat for Humanity Peninsula and Greater Williamsburg invited four families who applied and met the Habitat requirements to gather at the Charles City Courthouse earlier this year where all of them learned together that they had been approved to buy houses. Tanika was overcome, unable to contain tears of joy upon hearing the news.

“I had all of my children with me that day,” Tanika said. “My kids were trying to figure out why all the grownups were crying. I had to hear that we had actually been selected two times before I believed it, and then it was a waterfall.”

The news has allowed Tanika to avoid the restless nights when she was haunted by being apart from her children. She’s missed being part of their daily lives. Even when the family shared an apartment, Tanika’s offbeat hours meant toting the children to her mother’s for childcare. They spent few full nights as a family there.

“There are certain things I haven’t been able to teach my kids because we haven’t been in a home together,” she said. “They’ve had different rules. I want them to understand how I do things, how we do things as a family. I want to have dinner together. I like just being together. Three of them are too old for me to watch them go to sleep, but I will enjoy the togetherness.”

Tanika looks forward to the backyard that will give their pet Yorkie room to run. She wants to grill and expose the family to all the natural beauty in the area. While she logs hours at the Habitat ReStore in Williamsburg and Habitat construction sites in Newport News and Williamsburg as part of her sweat equity hours required by the Homebuyer Program, Tanika is most looking forward to volunteering on the site of her future home. “I know I’ll be there every Saturday once they start building our house,” she said. “I’ve been decorating in my mind since Habitat staff told us ‘Congratulations!’ I’ve never been so excited.”