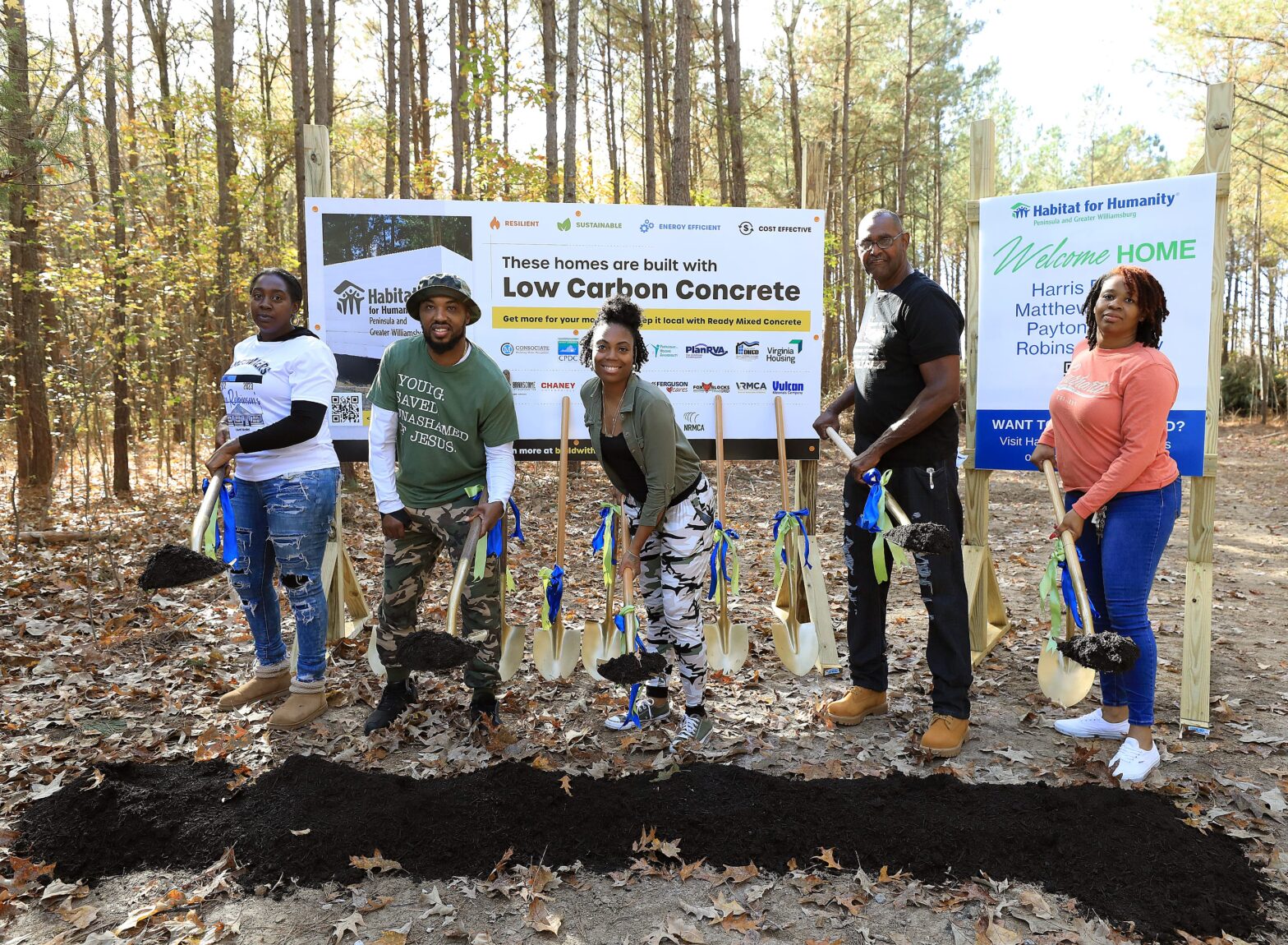 Members from each of the four families that will buy the Habitat houses when they are complete in 2023 took part in a morning ceremony that also celebrated another first for Habitat — construction using Insulating Concrete Forms or ICF. ICF are molds used to hold freshly poured concrete in place during construction and those molds remain in place permanently to provide additional insulation for the concrete walls. The cost-efficient material is energy efficient and disaster resistant.

The families, all of whom must put in 300 sweat equity volunteer hours that are required under Habitat’s Homebuyer Program, are:

Habitat homebuyers agree to pay back no-interest mortgages over a period of 20 to 30 years, funds that are recycled back into the community so more Habitat homes can be built.

Vice Chairman Byron Adkins of the County Board of Supervisors welcomed the families to their new neighborhood.

“You are a vital part of our community,” he said.

Habitat for Humanity Peninsula and Greater Williamsburg strives to find additional affordable housing options. The affiliate completed the first-ever Habitat 3D printed and occupied home in the United States in 2021, and is now constructing two more 3D printed homes in Newport News. Use of ICF is both affordable and energy efficient.

Before the families picked up shovels to initiate the groundbreaking, they offered words of thanks.

This affordable “home will mean everything to us,” CorDaysia stressed.

“I am beyond lost for words,” Tanika said, thanking the volunteers and sponsors. “Thanks again for making my dream come true.”

Shakia said her family has been looking for a home for three years. “I would like to thank Habitat because they could build traditional homes, but they don’t. They build 3D homes and ICF homes, so I thank them for that.” “This house means a lot for us,” said Garcia, who said he spent a lot of time in prayer hoping to be able to buy an affordable house. “Thank you.”