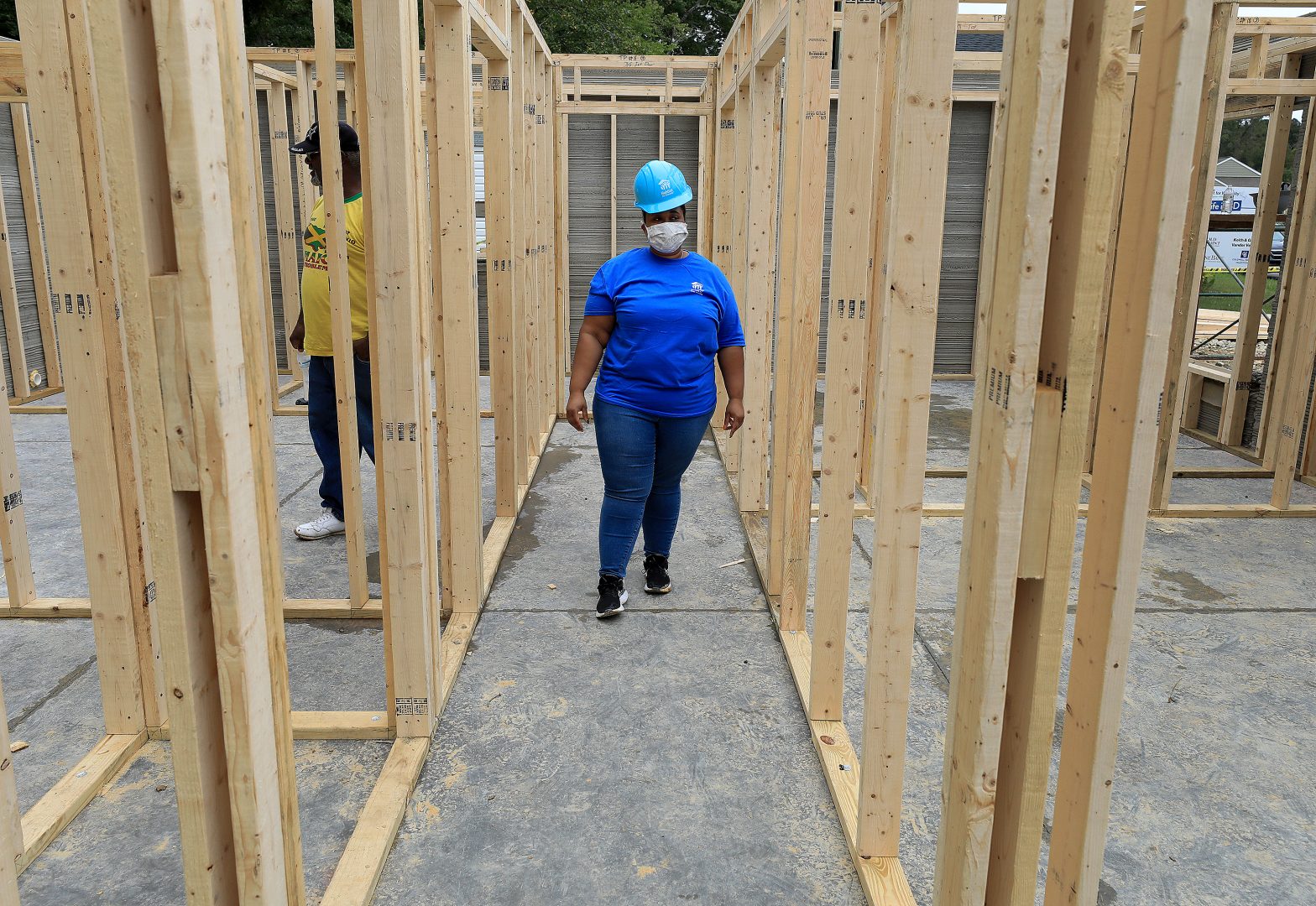 Habitat for Humanity Peninsula and Greater Williamsburg received a record amount of applications to build homes in its service area that extends from New Kent to the Hampton Roads Bridge-Tunnel. The local affiliate of the national nonprofit received 250 applications, nearly double the amount of last year.

“The need for affordable housing is so great, especially right now,” said Janet V. Green, CEO of Habitat for Humanity Peninsula and Greater Williamsburg. “Real estate is difficult for everybody both buying and renting. There’s just an incredible need for more affordable housing options for people.”

Habitat partners with families to build or renovate homes that are then sold to selected applicants who undergo a rigorous vetting process. Families must agree to make on-time monthly mortgage payments to Habitat, offered at zero interest for about 30 years. Those payments are cycled back into the community so more homes can be built. Families also must agree to complete at least 300 sweat equity hours, working on their homes, other Habitat homes under construction and at the Habitat ReStores.

As part of the process, applicants must show they have steady employment and are paying their bills on time. Applicants with unsatisfactory credit are referred for credit counseling and participate in budgeting classes so they can reapply for the homebuyer program.

A family selection committee reviews the qualified applicants and selects the future homeowners. The committee includes Habitat board members and those with professional expertise in affordable housing options, including other nonprofits and government agencies.

The local affiliate strives to build 10 homes per year. Many families apply multiple times due to credit or income denials. “Those people tend to be the most successful applicants because they’ve gone through the different financial and budgeting classes so they are ready to be a Habitat homeowner,” Green said.

Green said finding affordable land to build on has become an increasing problem over the years, particularly in James City County and York County. “That’s where a lot of people would prefer to live,” she said. “But we’ve been unable to build there because of the lack of affordable, available land.”

Green added that Habitat is open to exploring all options to obtain land, including acquiring larger parcels of land that has to be subdivided.

“Habitat will do all the legwork and check out the zoning laws in accordance with everything,” Green said. “Don’t let rules stifle creativity. Habitat is known for being pretty creative.”

Veterans can apply to be Habitat homeowners year-round. Those who wish to help Habitat through sponsorship or by donating land or a home in need of renovation can contact Green directly at janet@habitatpgw.org.