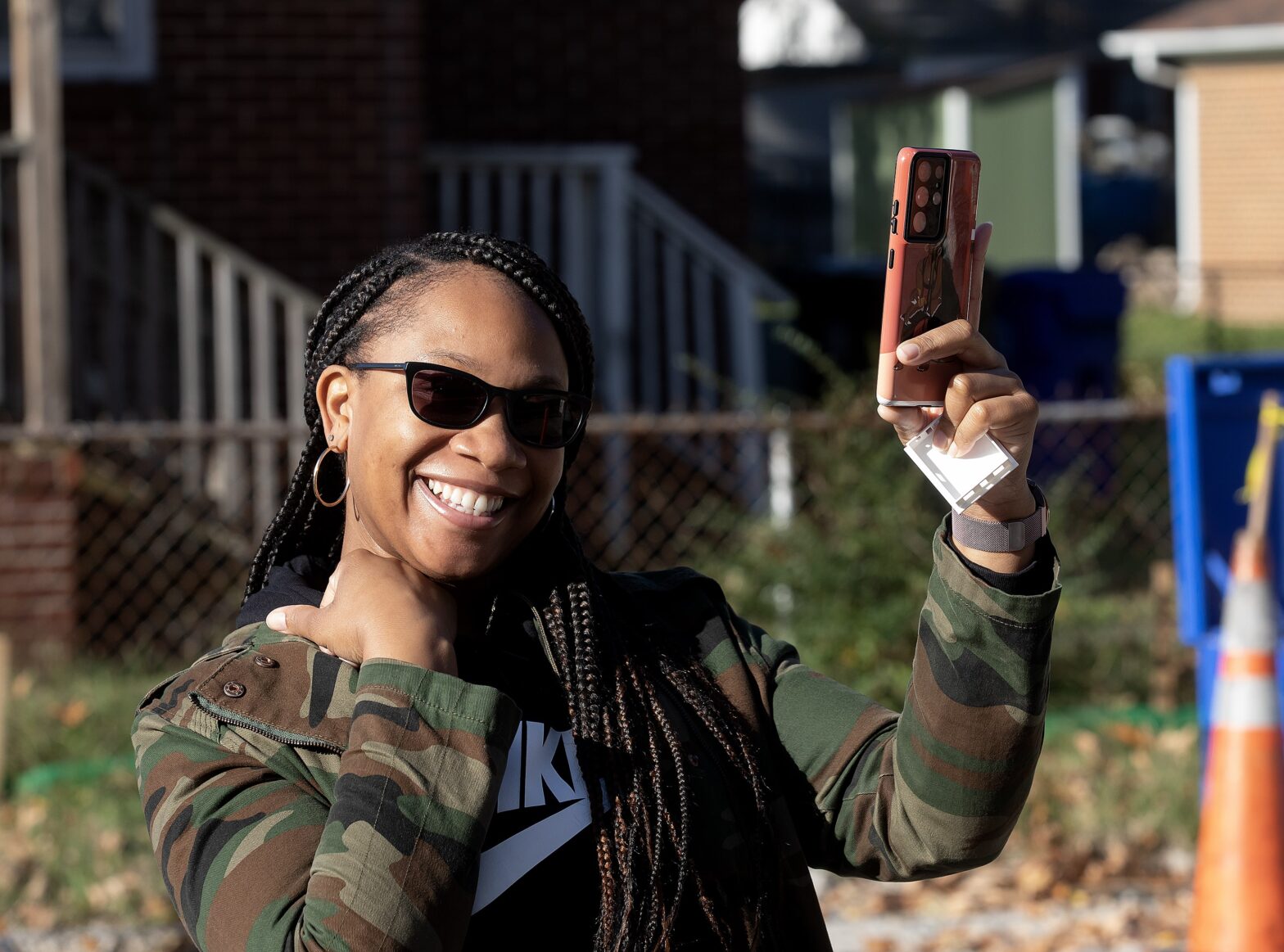 Her Pinterest board is full. So is her heart.

Corrine can’t wait to decorate her new home in Newport News. She’s excited to celebrate her daughter’s birthday there along with graduations, Thanksgivings and Christmases.

“Anything there is to celebrate will be at my home,” says the single mother who works full time as a clinical lab assistant.

Corrine and her daughter anticipate moving into their first home by summer. They’ve shared an apartment for the last three years in Hampton where the rent continues to climb. A co-worker suggested Corrine apply to the Habitat for Humanity Peninsula and Greater Williamsburg First-Time Homebuyer Program. Hers was one of 250 applications received last spring.

“To know that I was one of the top six to be picked, I was overwhelmed with joy. I just felt so blessed,” she says. “I really felt like I was so special. I made it through. This is really happening.”

Corrine will pay back a zero-interest mortgage to the local Habitat affiliate over a 20- to 30-year period. All of the money received cycles back into the community so more Habitat homes can be built.

“The mortgage is based on income so I know I can manage it,” she said.

Corrine’s home is one of two being built that used 3D printing technology, a cost-efficient, sustainable option that relies on concrete to print the walls of the homes. Habitat for Humanity Peninsula and Greater Williamsburg built the first-ever completed 3D home in the nation last year.

Corrine looks forward to volunteering on the construction site early next year. She previously volunteered at both the Habitat ReStore and on the sites of other people’s homes.

“I’ve helped put walls up, painted, patched up holes, swept and put down carpet,” she said. “I have learned some things that will be helpful for my own house.”

Corrine loves the idea of hosting family gatherings for her four sisters and two brothers. She will become the first in her generation to be a homeowner.

Having stability and security for her daughter means everything.