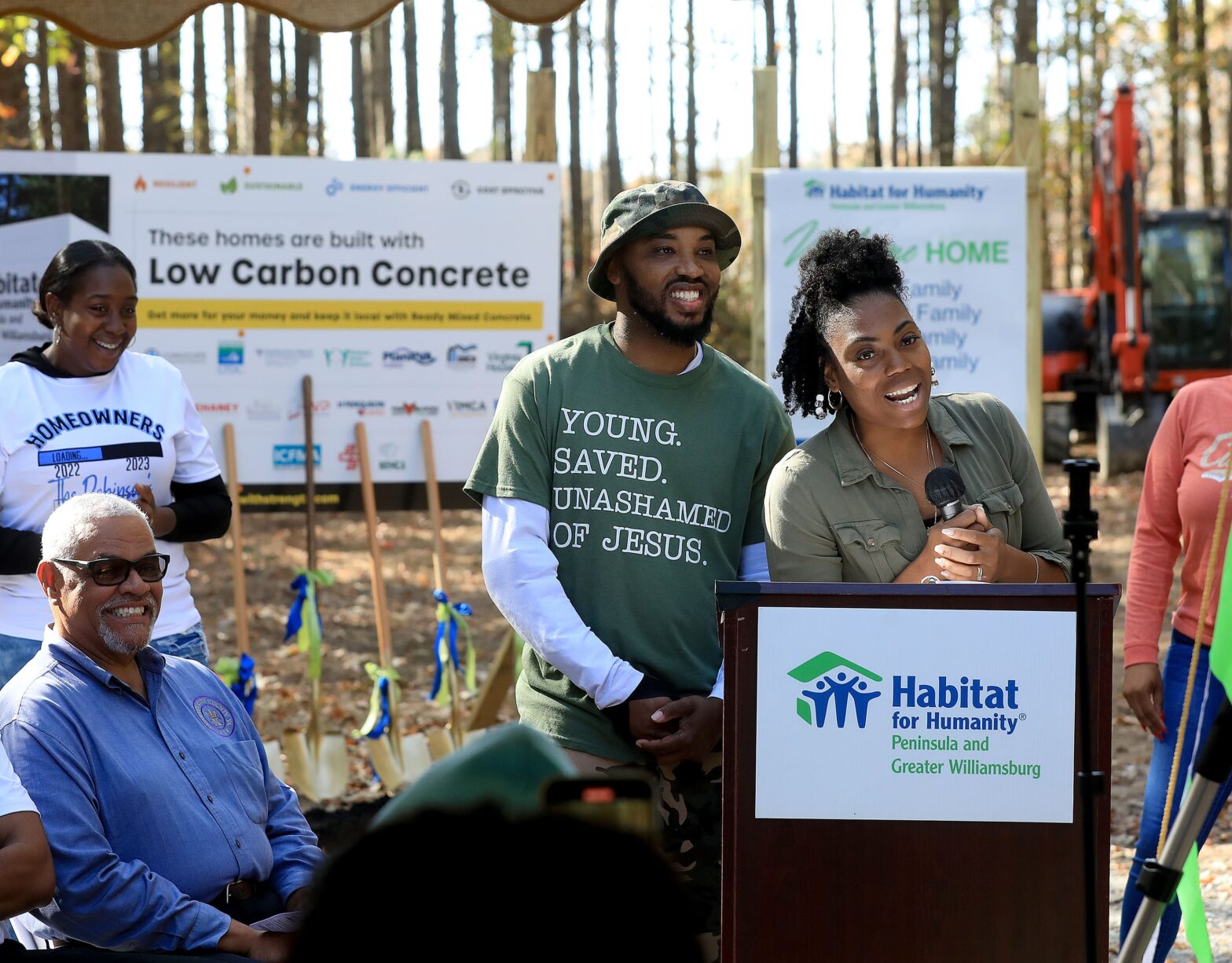 For years, Shakia and Tony have looked to buy a home for their family of five, a search that became dire after their last move from a three-bedroom into a two-bedroom apartment in Newport News.

A shooting at their former complex led to the immediate downsize.

“It was actually right in front of my oldest son’s bedroom,” Shakia said. “The bullet went through our patio door.”

Finding a three-bedroom apartment in a hurry is almost impossible. What they really wanted was a home of their own. Both parents work in retail and had raised their credit scores to qualify for a loan but finding an affordable house in a safe neighborhood with good schools was out of their price range. When the pandemic hit, they watched houses get snatched up as soon as they were put on the market.

“We didn’t want to get caught up in a bidding war,” Shakia said.

Their Realtor suggested they apply to Habitat for Humanity Peninsula and Greater Williamsburg’s Homebuyer Program. The local affiliate of the international nonprofit sells homes to qualified families who agree to pay back the zero-interest, 20- to 30-year mortgages on time. The payments are cycled back into the local community so more homes can be built.

Shakia and Tony were thrilled when their application was accepted and will be one of four families moving into new Habitat homes that broke ground in November 2022 in Charles City. In fact, when they heard the news, they were in disbelief.

“We weren’t sure we heard right, so we looked at each other with confusion and shock on our faces,” Shakia said. “I was holding back some of my excitement because I was scared they were going to say they had made a mistake!”

She and Tony are busy compiling the 300 sweat equity hours required by the Habitat Homebuyer Program. Tony has volunteered at other Habitat home construction sites. Shakia logs hours at the Newport News ReStore.

The family looks forward to moving in possibly as early as the summer of 2023.

For the first time in her life, Shakia will decorate. Even growing up, she lived in a rental. Tony always lived in an apartment.

“I’ve never done it; I haven’t even bought curtains,” she said. “I need help because I don’t even know my style because I’ve never decorated!”

They look forward to grilling and building their own fire pit. Tony has talked about getting the boys dirt bikes. Shakia plans to garden and grow her own vegetables. Their Yorkie, Rocky, will love having a backyard.

Tony and Shakia are grateful to Habitat and credit their faith for helping them navigate the last year. They are both active at First Church of God where Shakia is secretary and Tony is an usher. Shakia notes, “This has been a walk of faith for us.”