Alewerks Nails It with $1,500 Donation to Habitat House 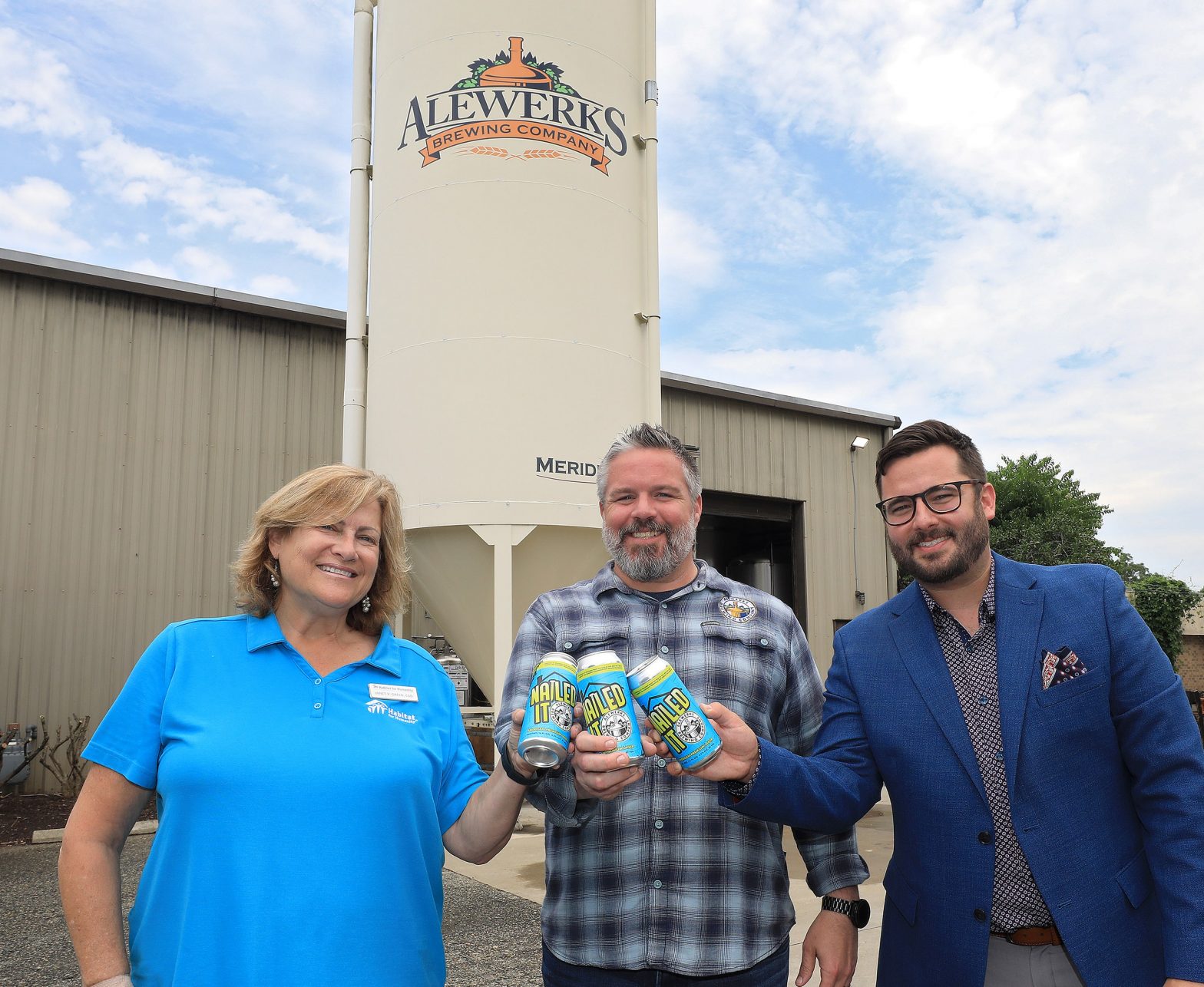 Alewerks certainly Nailed It! with its special release beer to support Habitat for Humanity Peninsula and Greater Williamsburg.

The Williamsburg brewing company sold out all kegs and cans of its crispy lager fittingly named Nailed It! that contributed partial proceeds to the House That Small Business Built that will be constructed in Charles City County in 2023. The fundraiser is attempting to raise $125,000, the price tag to build a Habitat house that is typically too big for any one small business to fund in its entirety.

The House That Small Business Built will be funded incrementally by donations from multiple small businesses. The project was launched by Consociate Media, which seeded the first $10,000 last December in recognition of its 10th year in business.

Nailed It! launched on May 7, 2022, and raised $1,500 toward the project. The house will ultimately be sold to a qualifying family through Habitat’s first-time Homebuyer Program.

“It’s an amazing initiative and we’re happy to contribute a little to the goal of building a Habitat home,” said Michael Claar, Operations Director at Alewerks. “It feels like a good start. We’d love to do more.”

Habitat for Humanity Peninsula and Greater Williamsburg received a record number of applications this spring for families seeking to partner with the nonprofit to buy their own homes and pay back their zero-interest monthly mortgage payments on time. Those payments are cycled back into the community so more homes can be built.

“There’s an incredible need for more affordable housing options for Virginians right now,” said Janet V. Green, CEO of Habitat for Humanity Peninsula and Greater Williamsburg. “It’s so gratifying to us when local businesses like Alewerks step up to make a difference in the community where their customers live, work and play.”

Alewerks donated $1 for every four pack of Nailed It! sold and $1 from every pint sold on draft and Total Wine carried the special release beer. The total raised exceeded $1,400 and Alewerks rounded up to make its donation an even $1,500.

“Better together is a mantra we live by at Consociate Media, and this special fundraising project proves that together we can make our community better,” said Michael Kimball, a Partner at Consociate Media. “It was no surprise to us that Alewerks jumped at the chance to get involved – giving back and supporting community is baked into their DNA. We’re grateful that the community enjoyed Nailed It! just as much as we all did, proven by the fact that it sold out.”

Alewerks is among several local businesses already onboard with Consociate Media for the project. Others include Phillips Energy, The Local Scoop Magazine and the Williamsburg Winery.

Businesses interested in fundraising for this special build can learn more here.