Mother of Four Delighted to Become a First-Time Homeowner 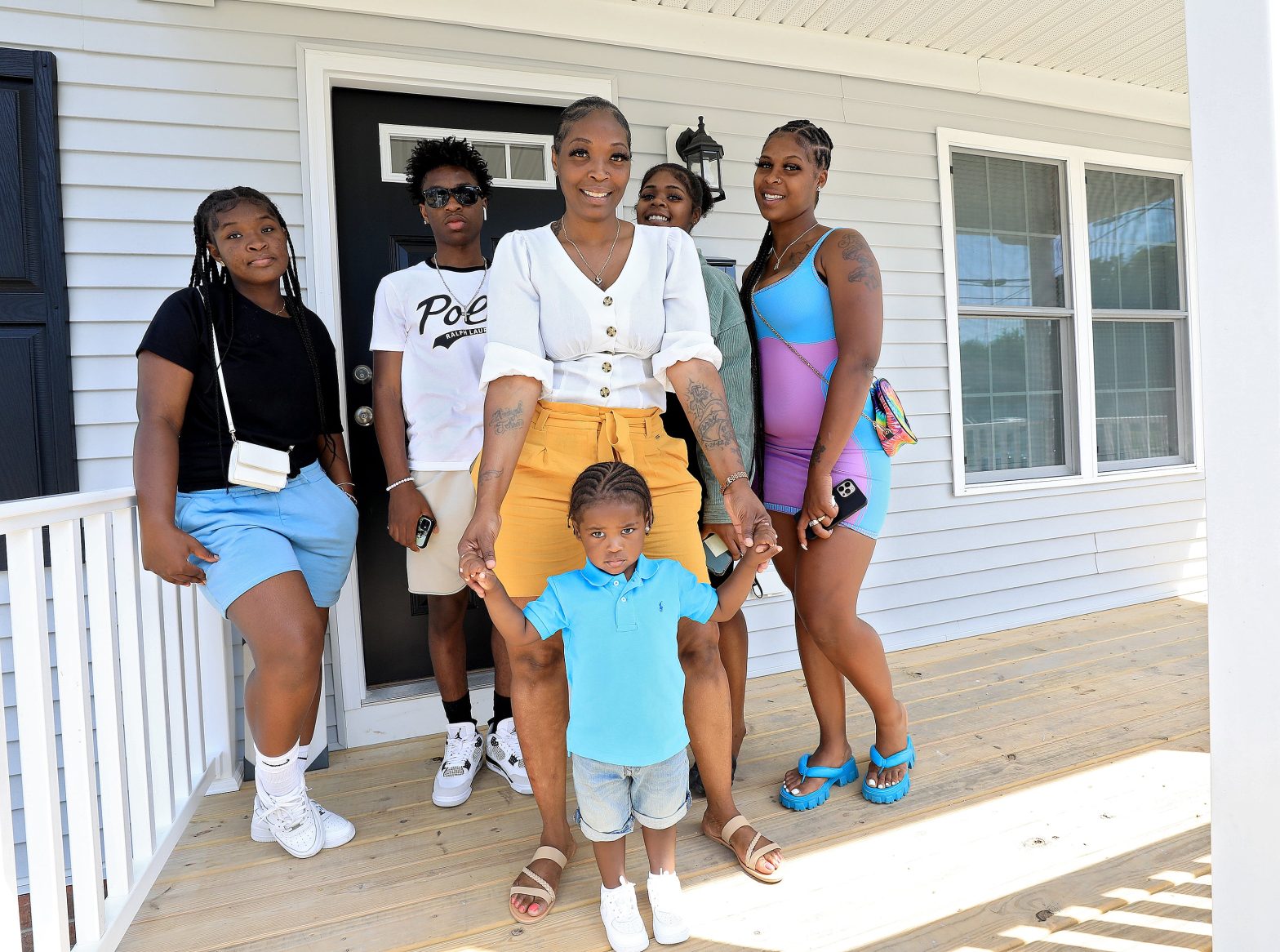 A home of her own.

The Newport News resident moved into the three-bedroom, two-bathroom home she purchased from Habitat for Humanity Peninsula and Greater Williamsburg on June 25. She still has to remind herself it’s real.

Life has been a struggle for the single mother of four. Married twice, she lost both husbands unexpectedly, her first in a car accident that she heard from the other end of a phone call. Another struggle: when one rental house caught on fire due to an electrical issue.

Alexis has always worked but finding a paycheck with benefits was a struggle. She was a substitute teacher for four years but was never hired for a full-time position.

Buying a house seemed out of the question with her student loan debt that caused a red flag every time she applied.

A friend suggested she apply to Habitat for Humanity’s first-time Homebuyer Program. Selected applicants are never given their home. They purchase it by paying back no-interest mortgages — funds that are then recycled into the community to build more Habitat houses. The program also requires 300 sweat equity hours of volunteer work.

Alexis holds a steady job as an assistant manager for an apartment complex, but she made the time to put in more than enough of the volunteer hours required to buy her home.

“I was hungry; I wanted to do this,” Alexis said. “I did over 300 hours because that was me. I was determined to help out.”

In addition to volunteering at the Newport News Habitat ReStore, she enjoyed helping to build her own house.

“Even though I work in property management, there are things I don’t know how to do,” she said. “I wanted to know how to fix a door knob and things like that so I could take care of my house.”

Sunday dinners with extended family are important to Alexis. She cooks the meats; her mother, the sides. Now Alexis hosts the gatherings. All the kids are there as well as her grandson who has fallen in love with the backyard. “I love it,” she said. “I’m so blessed to be in a home of my own.”

FOLLOW US
Are you ready to RAISE THE ROOF? Join us next mont