Like Habitat, Sponsor Abbitt Realty Committed to Family and Community 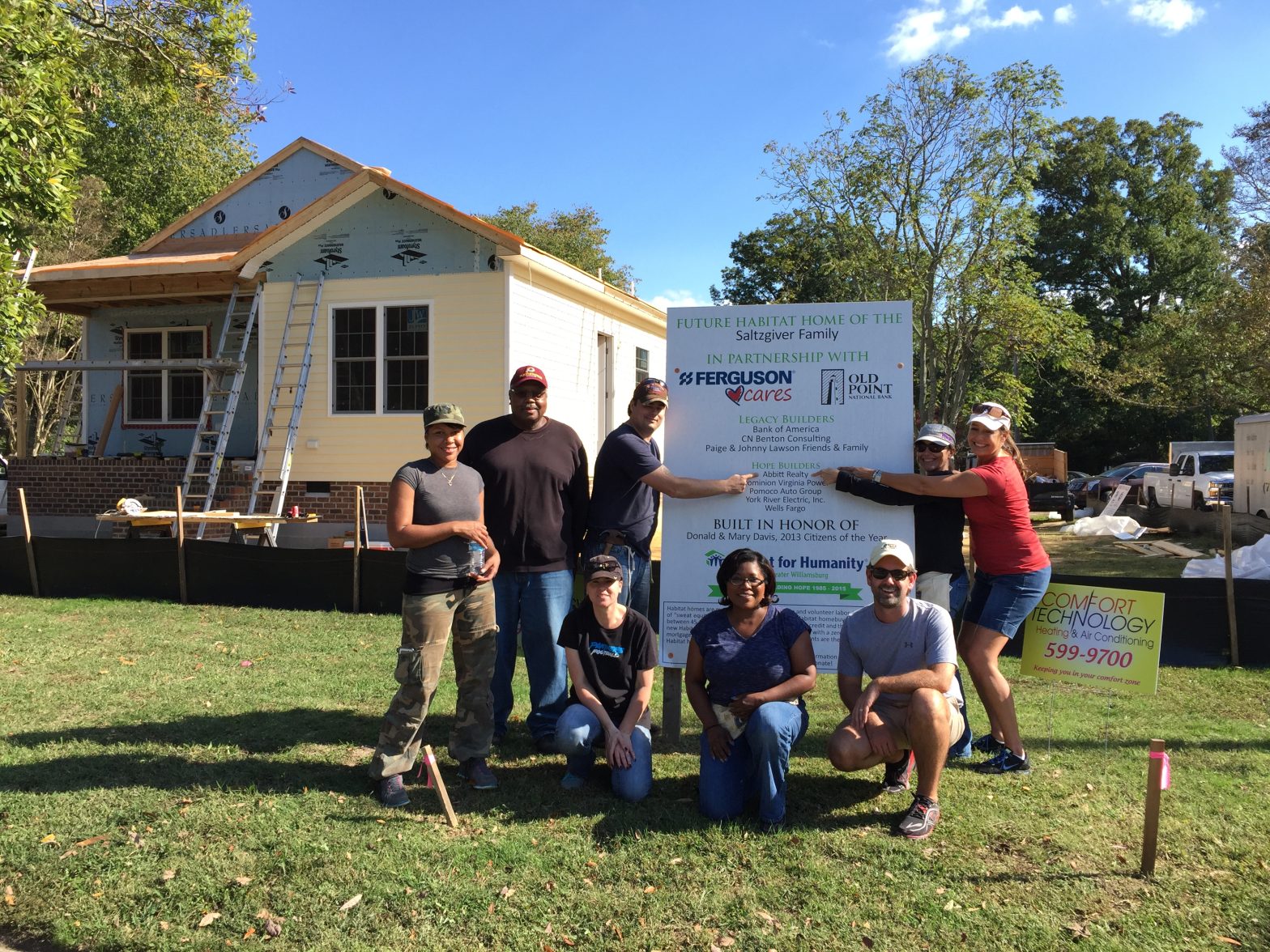 Stephen Abbitt has volunteered with Habitat for Humanity for decades, beginning in the 1990s with his first Habitat build in Newport News. He enjoyed it so much that while attending Hampden-Sydney College, Stephen volunteered with the Habitat club, ultimately leading it through multiple home builds in Farmville.

Today, as President of Abbitt Realty Company, Stephen continues to support Habitat for Humanity Peninsula and Greater Williamsburg as does the team at Abbitt. Family and community have been at the heart of Abbitt Realty since it was founded in 1946. Those core values have spanned three generations of family leadership. Habitat is committed to the same values, making their partnership a natural fit.

“We think of ourselves as more than a brokerage; we are a community partner.” Stephen said. “That’s the way we view our relationship with Habitat. As REALTORS®, we always look for moments where we can widen the opportunity for home ownership and work toward a goal of home ownership for all who wish to pursue it. Habitat is a great community resource for that, especially as it relates to affordable housing.”

Stephen is the current President of Habitat’s Board of Directors and has served on the board since 2011. He has always been impressed by the affiliate’s impact under the leadership of CEO Janet V. Green. Habitat for Humanity Peninsula and Greater Williamsburg has built and renovated more than 210 homes in its service area, which extends from New Kent down to the Hampton Roads Bridge-Tunnel.

“One very important detail the many people don’t realize is that Habitat homes aren’t gifted,” he said. “They’re sold to families who pay back the zero-interest mortgages over 20 to 30 years. That money cycles back into the community so more homes can be built. That means backyards for families to host celebrations and stability that allows children to thrive academically and socially.”

Abbitt Realty is proud to have a team of employees who love the opportunity to volunteer and support Habitat. Over the last decade, Abbitt team members have volunteered at several Habitat builds, including at one that Green deemed “The House that Abbitt Realty Built” during the dedication ceremony.

“That was a true honor,” Stephen said. “I’ll never forget that as long as I live.”

Marketing Director Abby Smith, who Stephen touts as a champion of Abbitt Realty’s volunteer program, said it’s never hard to rally realtors and staff on behalf of Habitat. “Service is really at the heart of our Abbitt organization,” she said. “When they have the opportunity to serve an organization like Habitat, they’re all in.” That includes participation in Habitat fundraisers, such as the Run the DOG 5K, the annual Charity Golf Tournament and the Raise the Roof auction, as well as sharing the opportunity to shop, donate or volunteer at one of the Habitat Restores.

Being a Habitat sponsor is a community investment that is reward in itself, though Stephen said the company is grateful for the appreciation shown by Green and the others on staff.

“Habitat does an incredible job of showing gratitude to their sponsors at every level,” he said. “They make sponsorship opportunities attainable, with multiple options for everyone to get involved. You easily understand how your sponsorship impacts someone’s ability to buy their home. As a sponsor, it’s rewarding to know we’re giving money to an organization that’s empowering local families to achieve homeownership.”