Henderson, Inc., Still Building on its Relationship with Habitat for Humanity Peninsula and Greater Williamsburg by Donating and Building a Fifth House 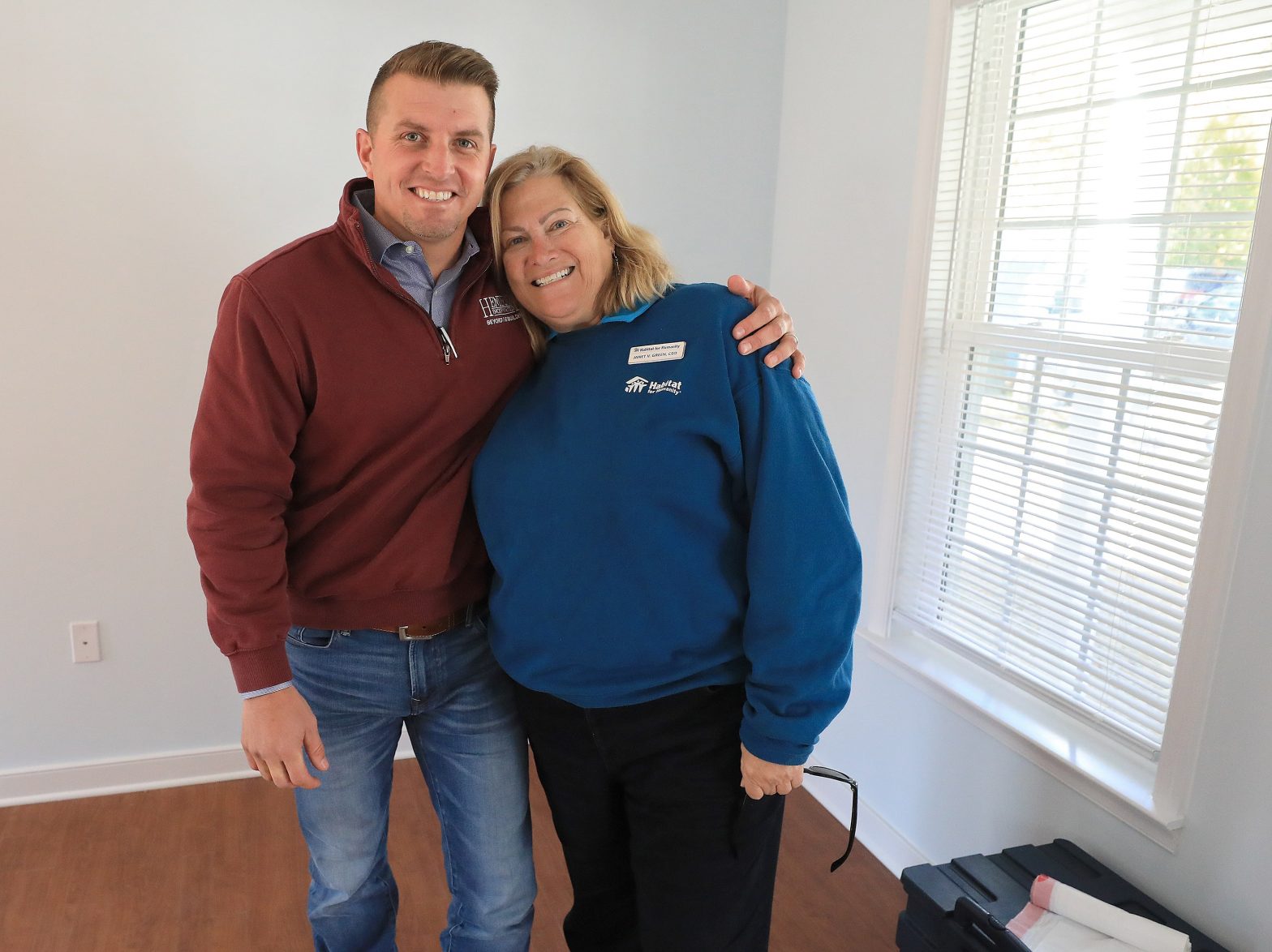 One of its most significant relationships is with Habitat for Humanity Peninsula and Greater Williamsburg.

Hands go up at Henderson, Inc., when plans call to construct another Habitat house.

“Everyone wants to be involved,” says Brian Schultz, Director of Building Operations for the company started by David Henderson and his wife, Shirley, in 1957.

In 1979 Pete and his wife Connie took over the family business and now their daughter, Leslie H. Schultz, is President of the company. Peter Henderson, their son, is a Civil Preconstruction Manager. Brian Schultz is married to Leslie’s sister, Lori. The multi-generational family business remains committed to the company’s original core values.

“Service to the community and giving back have always been part of our culture,” Brian Schultz says. “David and Pete Henderson instilled that from day one. It’s pretty neat to see that evolve throughout the years. It feels good to be asked by Habitat to be included again and again.”

Henderson, Inc., the company behind many of Busch Garden’s most thrilling rollercoasters, has also built Habitat homes in 2004, 2008, 2012, 2017 and 2021. The Henderson team was part of the Habitat dedication ceremony on Nov. 15, 2021, when Sonya, a mother of five, bought the Habitat house and received keys to her new home in Williamsburg.

The relationship between Henderson and Habitat dates back to Julie Russell, an Assistant Project Manager at Henderson, Inc., who previously served on the nonprofit’s Board of Directors.

“Habitat is important because they are model leaders in our community, demonstrating how to motivate and inspire others,” says Russell, who has worked with Henderson, Inc., since 1995. “They motivate and educate people on how to work hard to achieve their dreams, and simultaneously inspire the public to donate in any way they can.”

When Henderson, Inc., agrees to build a house for Habitat, it typically involves four or five staff members, including a superintendent, and takes three to four months to complete. Supply chain issues related to the COVID-19 pandemic extended that timeline for the most recent house. Henderson works regularly with repeat subcontractors and nearly all donate most if not all of the materials.

“Our subcontractor support is nothing short of amazing,” Russell says.

“We never have been all that keen on just writing a check,” Schultz says. “Our philosophy has always been sweat equity. The culture that has been built internally specifically around the Habitat houses for the last 20 years has been superintendents and project managers coming to us and saying, ‘When the next Habitat comes up, we’d like to be involved.’ ”

Future homeowners also log their own version of sweat equity — 300 volunteer hours needed to qualify for the Habitat Homebuyer Program. Many of those hours can be satisfied by hands-on labor building the house they will ultimately purchase.

Henderson, Inc., always schedules a day for its team members to help onsite when it takes on another Habitat project. Employees met on a Saturday to install the floor trusses on the masonry framing box for the most recent build.

“It’s a great teambuilding exercise for us,” Schultz says. “We have women from the office, guys from the field. We provide breakfast and we just make a day out of it. Everybody gets involved and enjoys being a part of it.”

Schultz has special fondness for the first home Henderson built for Habitat 17 years ago. He regularly drives by it with his teenage son.

“I remember working on that house,” he says. “I always tell him, ‘I helped build that house!’ ”

Habitat’s mission to empower families by helping them build strength, stability and independence through home ownership resonates with Henderson, Inc., too.

“The opportunity Habitat provides for families to have stability is just a great mission,” Schultz says. “I don’t know how you can’t get behind it. It’s super cool to see families on the kickoff day to when they move into their home.  At Henderson, we’re so glad to be a part of that.”