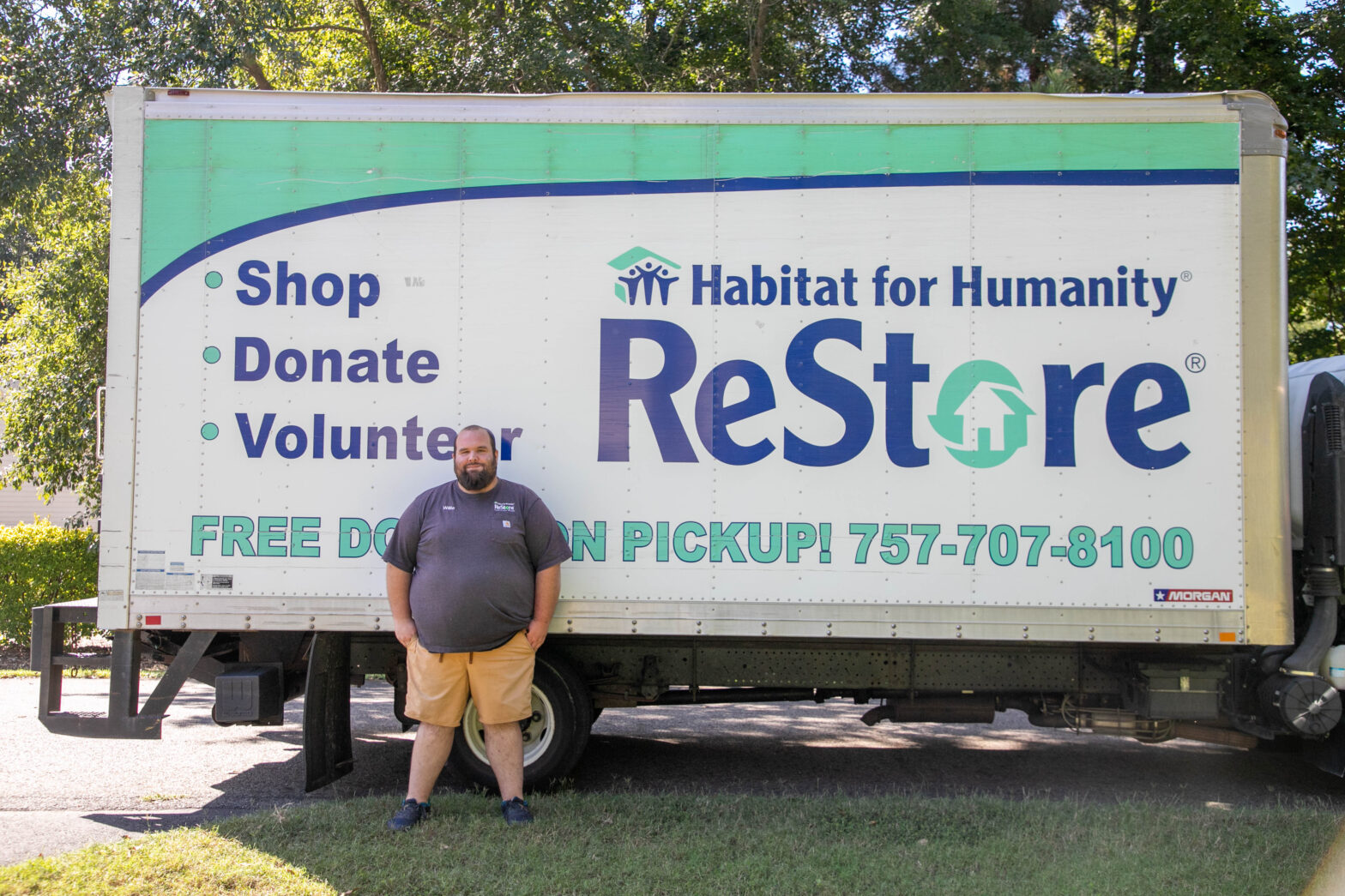 Willie Harris logs as many as 600 miles a week sometimes, but he’s no ordinary trucker.

He drives for the Habitat for Humanity ReStores in Newport News and Williamsburg. He’s on the road from New Kent to Hampton and everywhere in between to pick up furniture, appliances and other accessories that individuals and businesses donate. These new and gently used items are then sold at the ReStore with all proceeds going back into the community to fund construction of a Habitat house that will be sold to a qualifying family.

“Willie is a great employee, always on time,” said Tiffany King, Logistics Manager at the Habitat ReStores in Newport News and Williamsburg. “He also thinks outside of the box and is very accountable.”

Willie used to haul lumber for a living, so lifting armoires and sleeper sofas doesn’t faze him. But it’s the mission behind Habitat that sets this job apart. He’s making an impact. Whenever possible, he enjoys explaining to donors the impact they’re making, too.

“A lot of donors don’t really understand what Habitat is,” he said. “Sometimes they think we’re giving the furniture to families whose house is being built. I explain the process, that we’re reselling the furniture so Habitat can build more houses.”

Willie started at the ReStores operated by Habitat for Humanity Peninsula and Greater Williamsburg 3½ years ago and is behind the wheel of one of five box trucks, the largest a 26-footer. Some of his fondest memories growing up were as a passenger beside his father, who worked for a uniform delivery service and often made treks from King & Queen to Maryland.

Willie started shopping at the ReStore when he moved just a quarter mile from the Williamsburg location. Immediately, he felt at home when after applying to be a driver, he was invited to interview.

“When you go there, it seems like a family,” he said. “It’s really relaxed.”

Inspiring, too, he added.

“You’re helping people that aren’t asking for a handout,” he said. “It’s awesome to see how much people really want their own home. For me, there’s something about pushing hard to get something and then finally achieving it.”

Have items to donate to the ReStore? The ReStore offers free pick-up, by Willie and the rest of the team. Click here to schedule today.