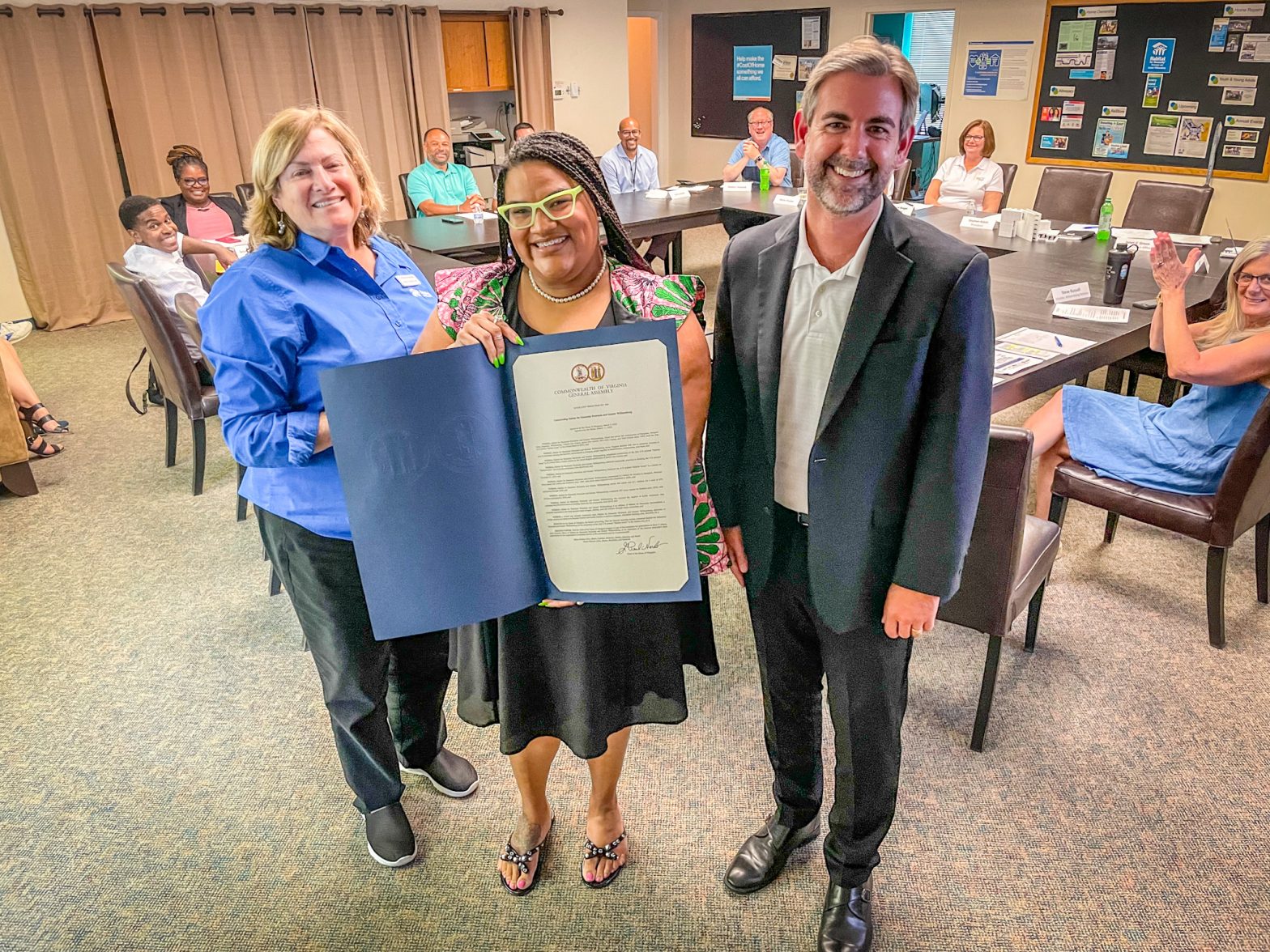 Del. Marcia Price presented the Habitat for Humanity Peninsula and Greater Williamsburg Board of Directors with House Joint Resolution No. 368, commending the nonprofit for completing the first 3D printed Habitat house in the nation.

“Sponsoring this special joint resolution is truly the best part of my job,” Del Price said. “It is an honor to present this resolution knowing it received unanimous approval in both the Virginia House of Delegates and Virginia Senate.”

The home built in Williamsburg was sold to a mother and her teenage son, who moved in just a few days before Christmas last year. The family agreed to pay back the no-interest mortgage on time. Payments will be cycled back into the community so more homes can be built for qualifying families.

“All of us at Habitat for Humanity Peninsula and Greater Williamsburg are honored to receive this special recognition from the Commonwealth,” said Janet V. Green, CEO of Habitat for Humanity Peninsula and Greater Williamsburg. “Everyone here – from our staff to our volunteer Board of Directors to our volunteers who give their time on job sites – remains committed to finding innovative solutions to address the lack of affordable housing.”

Habitat partnered with Alquist for the project that started on a hot day last July with the groundbreaking. The construction crew printed the 1,200 square foot home in 28 hours — reducing the standard construction schedule by at least four weeks.

Alquist’s use of concrete for the walls saved an estimated 15% per square foot in building costs. Concrete better retains temperature, saving on heating and cooling costs, and is more resistant to tornado and hurricane damage.

The resolution noted that Habitat followed sustainable practices and achieved certification from EarthCraft, a green building program that serves as a blueprint for comfortable, energy-efficient homes.

House Joint Resolution No. 368 also commended Habitat for the following: