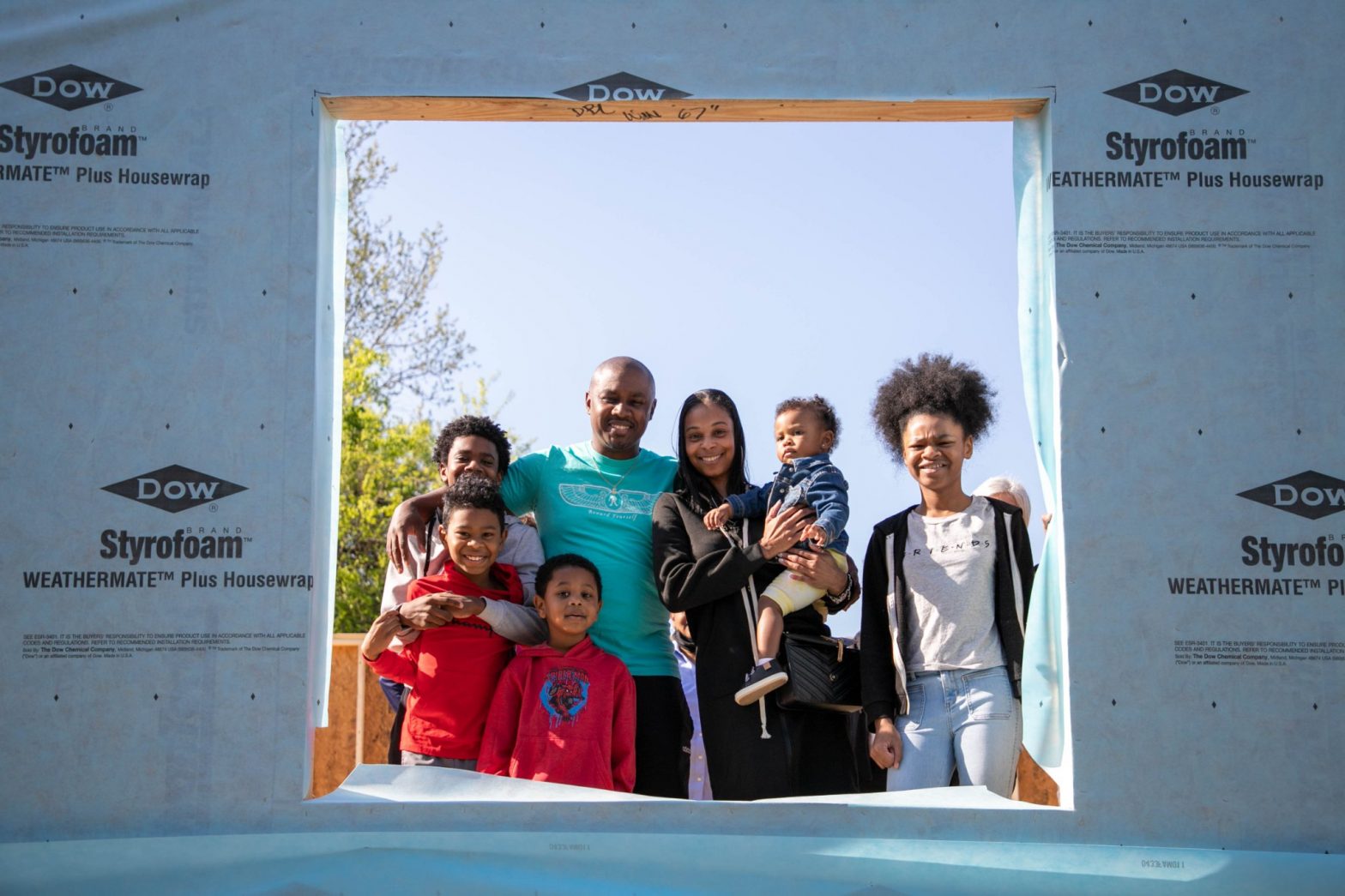 What Rev. Joan S. Parrott envisioned as a village has become her legacy carried out by First Baptist Church of Hampton in partnership with Habitat for Humanity Peninsula and Greater Williamsburg.

The church with roots dating back to 1863 is committed to building Habitat homes in Hampton that will be sold to qualifying families through the nonprofit’s first-time Homebuyer Program. Three homes are occupied with families, the foundation was laid for the fourth on May 13 and plans are underway for a fifth.

“Pastor Parrott pictured a Habitat village in Hampton,” says Jackie King, Executive Administrator at First Baptist Church, where Parrott was installed in March 2018 as the first female senior pastor in the church’s 154-year history. Parrott passed five months after that, but the passion instilled in her at an early age continues to fuel the congregation to give back both locally through Habitat and internationally in Haiti, the church’s adopted country where First Baptist sponsors four members as missionaries.

Parrott was the only daughter of Bishop James W. Parrott, Sr., whose South Park Light House Temple in Newark, New Jersey, was a refuge for homeless men, women and children, a safe haven for them to sleep at night and receive meals during the day. Joan served there as a teen as did her five brothers, all of whom grew up to be ministers.

King was assistant director of the shelter and attended Bethany Baptist, where Parrott was ordained as the first female in the church’s 150-year history. The two women worked together professionally for decades, including at the Children’s Defense Fund at the Alex Haley Farm in Clinton, Tennessee.

“She always had a heart for those in need,” King said.

First Baptist Church was their final stop together. Parrott arrived in 2008 and went on to serve as executive minister and later interim pastor before becoming senior pastor.  When it was time for her installation, Parrott wanted a mission-minded celebration.

That led King to recall a conversation she had a year earlier with Church Trustee Virginia Hawkins. Initially, they talked about the church partnering with Habitat, but it was for a house that would be constructed in Williamsburg.  Parrott wanted very much to contribute to a Habitat house if it could be built in Hampton.

“I see a Habitat village in Hampton where this church captures the vision and we become dedicated to that mission,” Parrott said at the time.

That started the professional relationship that continues today, nearly four years after Parrott’s passing. Church donations and money from its mission budget fund each of the Habitat homes that cost approximately $125,000 to build. Church members can buy shares in the house, and local vendors offer discounted services. Completed homes range between 1,200 and 1,500 square feet.

Church members regularly volunteer at the Habitat ReStore in Newport News and at the actual build site. Parrott was no exception during construction of the first home despite her declining health.

“She had Stage IV cancer and she was climbing up ladders and swinging hammers,” King said.

“She thought our work should be in the field, that it should be more than writing a check or showing up at an event,” Hawkins said. “It should be hands-on work.”

King recalls Parrott asking for a magic marker one day while volunteering at the site. King watched as the pastor wrote handwritten messages directed at the future homeowners and posted them on all the walls. Some were Scripture verses. Others were uplifting words.

“Now when we raise the walls of the house, we write beautiful messages to the new family,” King said. “It’s our way of blessing the home.”

While the church misses Parrott, “We’ve turned the grieving into action,” King said. “We turned it into moving forward.”

At the dedication ceremony for the last Habitat home completed in Hampton in April, King realized the village Parrott envisioned is becoming a reality.

“Her vision of missions was both foreign and domestic,” King said. “The foreign is the work we do in Haiti by building there. The domestic is right here with Habitat in Hampton.”